Last Sunday, I was strolling around one of Zagreb’s lovely flea markets, spending hours looking at used books, old postcards and perfectly hand-painted china teapots. At the end of my stroll (after I found Isabel Allende’s The House of The Spirits, perfectly preserved, for ten HRK, which would be less than two USD), already tired from all the digging and searching, I discovered a little green book – Sohrab Sepehri’s The Water’s Footfall (Selected poems). I must be honest and say that was the first time I encountered Sepehri’s poetry. The book was translated by Ismail Salami and Abbas Zahedi, and each English translation of the poem has a Persian original next to it, which is great if you’d like to practice your Farsi.

After reading most of the poems, it would be and understatement to say this was a nice little discovery. I am so happy I got to stumble upon such a great poet, with such an original gaze at the world around us. I like Sepehri’s  fascination with nature – happiness caused by lilac flowers, clean rivers, old trees. I like the way he plays with the concept of loneliness, often presenting it as an inevitable thing, but also a necessary one – to know yourself truly. Sepehri’s poetry is gentle, his flow of the words and ideas somehwat discreet, making one think Sepehri’s aim with poetry was never to persuade, but simply to observe (if he did have an aim). 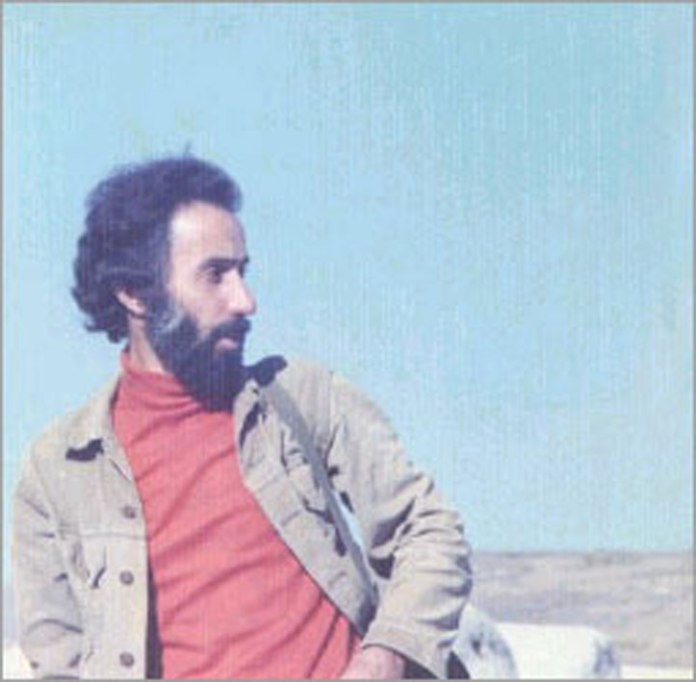 Sepehri was born in 1928 in Kashan, an ancient city between Tehran and Isfahan in central Iran. His grandmother had published poetry and it is likely that Sohrab grew up in an ethos that upheld a literary culture. His father died when he was young, and Sohrab’s studies and career were supported by his older brother, Manuchehr.  After finishing his education, he started to travel around Europe, but also to Japan and India. He would often travel to exhibit his paintings (Sepehri was also one of Iran’s foremost modernist painters), but also to learn new skills – in Paris he studied lithography, in Tokyo wood-carving. He never stopped writing poetry, and his travels are often the subject of his poems. Sepehri never married and died in Tehran in 1980 (of leukemia).

“Very loosely an autobiography, it contains many of his most quoted passages and is the centrepiece of his poetic oeuvre. It deals with the lose of innocence, dating from his father’s death, and documents impressionistic details from his travels. But the journeying is also symbolic: he reads the lessons of life and divests himself of self-deceptions. A constant theme is the neo-Sufi one of opposition to the mosque and the rigours of Islamic legalism. It is in contact with nature that Sohrab experiences unitive rapture. ”

Here are some of my favorite excerpts from Water’s Footfall.

“I am a native of Kashan.

Life is not so bad.

I have a bit of bread, an iota of intelligence

And a bit of wit.

I’ve a mother, better than a leaf;

And friends, better than running water.

And a God who lives nearby:

Amidst these gillyflowers, near that tall pine tree

Over water’s cognition, over the ontogeny of plant.”

“I’m a native of Kashan:

An artist by profession.

Sometimes, I build a cage of colours and offer it for sale

To ease your lonely heart

With the song of the peony confined therein.

My canvas is lifeless.

I well know my painted pond is fishless.”

“I’m a native of Kashan,

From a plant in India, an earthenware from Sialk

Or perhaps from a prostitute in the streets of Bukhara.

Twice sleeping on the terrraced-roof;

“I saw many things on Earth:

A child sniffed the moon.

Light fluttered in a doorless cage.

Love ascended to the Heaven by a ladder.

A woman pounded light in a mortar.

For lunch they had bread, vegetables, a plate of dew

and a warm Bowl of Affection.”

“My soul sometimes coughs from longing,

It counts raindrops, the chinks of brinks.

My soul is sometimes true as a rock on the road.“

“I am contented with an apple

And with the smell of camomile.

I am satisfied with a mirror, with a pure relationship.

I won’t laugh at a child if his balloon bursts.

I won’t sneer when a philosophy halves the moon.

I know the fluttering of quail’s wings.

The colour of bastard’s belly, the footprints of chamois.

I know where rhubarbs grow

When starlings migrate, when partridges sing,

I know that the moon means in the Sleep of Desert

Death in the Stalks of Desire.” 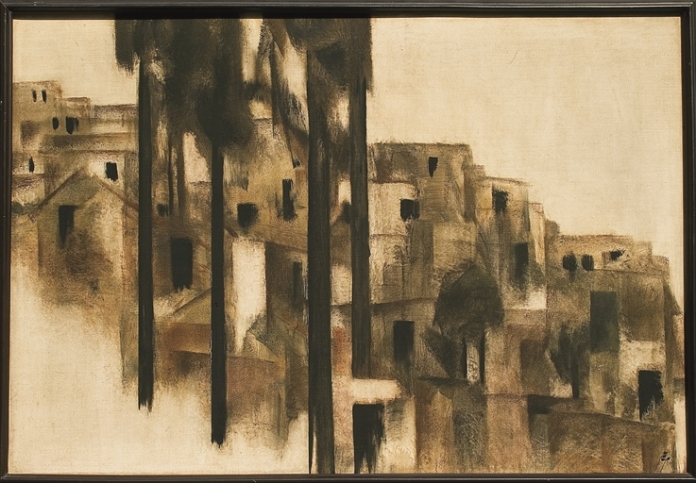 “Wherever I am, let me be

The heaven is mine.

WIndow, mind, air, love, and earth are mine.”

“Life is a perpetual soaking.

Life is bathing in the Pond of Now.

Let’s take off our clothes.

Water is one step off.”

For more on Sohrab Sepehri and his works, see his profile on Goodreads, and see the website dedicated to him.