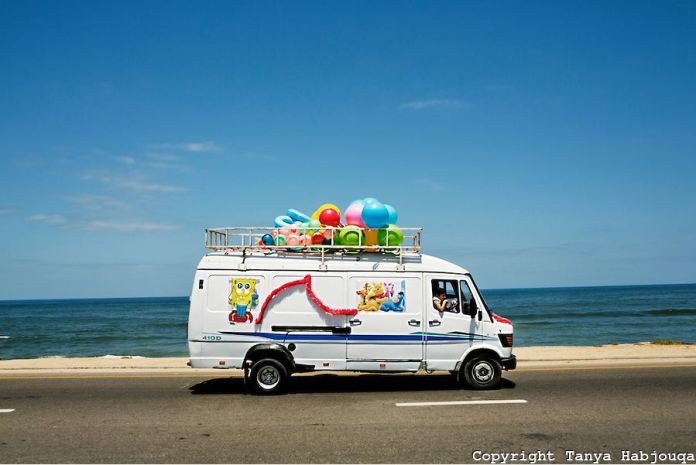 Who says Palestinians don’t (like to) have fun? With a great sense of humor and a touch for details, Tanya Habjouqa captures the ‘occupied pleasures’ of the West Bank, Gaza and East Jerusalem. The following are only a few stories from her great photo series – be sure to check out her official website for more. 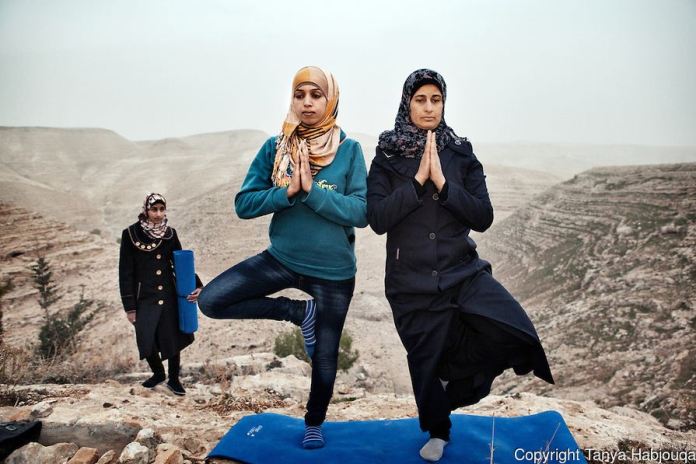 Hayat Abu R’maes, 25 (left) recently took a yoga lesson from a visiting American yoga instructor. She is now teaching the young residents of her village, Zataara, a small village on the outskirts of Bethlehem in the West Bank. The women are increasing in number each week. They call it, “inner resistance and that its proving to be the ultimate release.” 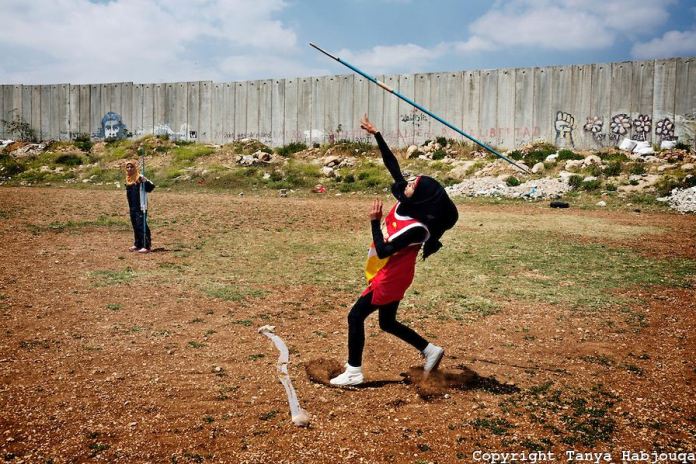 West Bank: Students from the Al-Quds University javelin team wrap up the last practice before summer vacation in the West Bank city of Abu Dis, next to the Israeli Separation Wall. 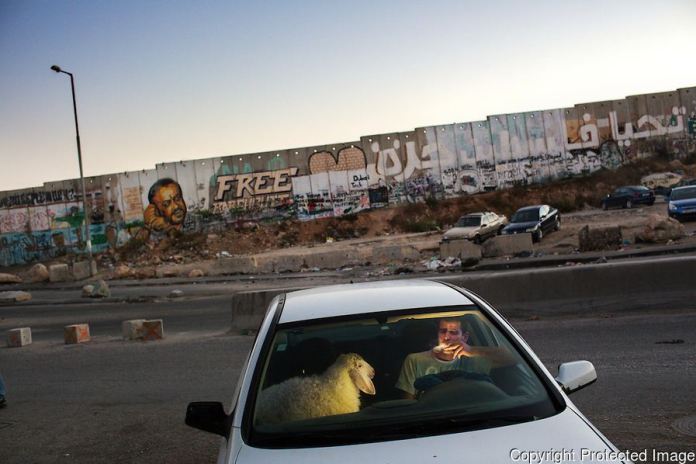 West Bank: After grueling traffic at the Qalandia check point, a young man enjoys a cigarette in his car as traffic finally clears on the last evening of Ramadan. He is bringing home a sheep for the upcoming Eid celebration. 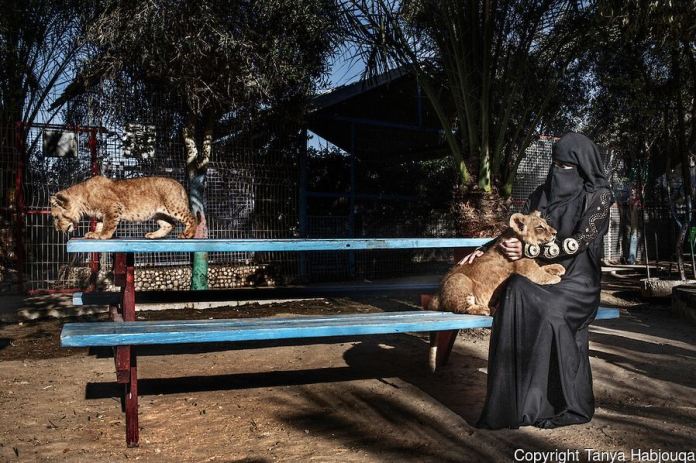 Gaza: A woman plays with two baby lion cubs born in the Rafah Zoo. Gaza once had six zoos, but two were closed due to financial losses and the deaths of large animals. Gazan zoo keepers are renowned for creativity in limited options, having famously painted a donkey as a zebra, smuggling in animals in the tunnels, and stuffing them once they are dead as animals are not easy to replace. 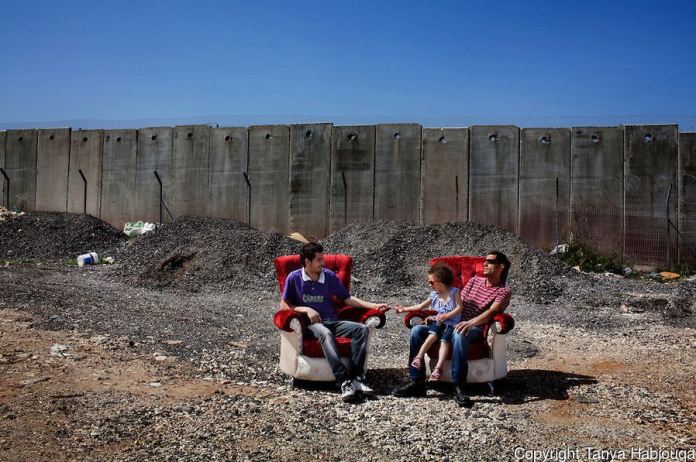 West Bank : Two furniture makers take a break in a pair of plush armchairs (of their creation) in the open-air in Hizma, against Israel’s 26-foot high Separation Wall. 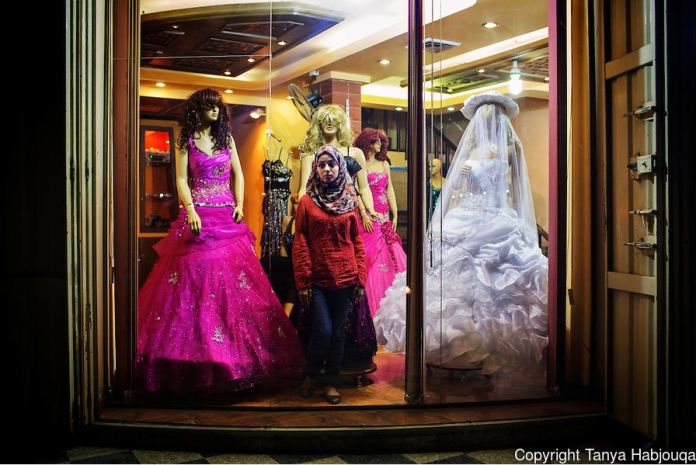 A young fiancee goes wedding dress shopping in Gaza. Her future husband is working in Libya, where she hopes to join him. Since the Israeli siege, many Gazans say that girls are marrying younger as there are less possibilities for both work and travel. Most young girls say they hope to find a husband who is based outside or will find work that will take them away from the confines of Gaza.