/Women are standing on top of the dam construction site and city of New Ilisu where construction are being built and resort hotel for the hot springs. image © Mathias Depardon/

Mathias Depardon is a documentary photographer based in Istanbul. One of his important and still very relevant projects is Gold Rivers. In Gold Rivers, Depardon presents the story of Hasankeyf, a village located in the province of Batman in Southeast Turkey.

It is an ancient town and district alongside the Tigris river, and the only place in the world that gathers nine of the ten criteria to be considered worldwide heritage by the UNESCO.

/A herd of cattle are walking back towards the village by the banks of the Tigris river. The river is predominant in the life of the inhabitants of the region of Hasankeyf/

However the Turkish government has accomplished no efforts these last years to offer its inclusion to the organization or to promote tourism in the region. The key reason for this lack of initiative, as Depardon explains in the project, is that the efforts hired by the state would harm the Ilisu Dam project that is supposed to entirely flood Hasankeyf along with 52 other villages and 15 small towns until the end of 2016.

Construction of the dam began in 2006 and is expected to be finished this year. The dam has drawn international controversy, because it will flood portions of Hasankeyf and necessitate the relocation of people living in the region.

This hydroelectric dam is part of the GAP (The Anatolia Project of southeast Turkey), which is one of the most important territory planning project in Turkey: it concerns eight provinces and will irrigate 1,7 million dry hectares of earth from 22 dams fed by waters of the Tigris and the Euphrates.

With all the environmental and social risks, there are additional political risks. The dam was severely criticized in effect by the neighboring countries of Iraq and Syria who accuse Turkey of appropriating waters of two rivers running to the south of their territories, hit by dryness.

/The Ilisu dam project will destroy 400 kilometers of the Tigris ecosystem and force the relocation of about 60,000 people. Local girls from the village of Hasankeyf are meeting over a çay together/

“Water levels are at a record low because Turkey is taking more than a fair share”, Shorooq al-Abayachi, deputy head of the Iraqi parliament’s agriculture and water committee, said at the time.

In the absence of definite agreement with Iraq and Syria, the building of Ilisu dam constitutes a violation of international law.

/Kids playing in the Devegeçidi reservoir dam. The Dam is one of the 22 dams of the Southeastern Anatolia Project of Turkey/

If it will be finished, the dam will flood 80% of the ancient monuments of Hasankeyf and destroy a unique historical site where a mix of Assyrian, Roman and Ottoman monuments belong.

The Turkish government still sticks to the argument that it will bring means to the poor region – to develop its economy, notably by allowing the creation of 10,000 jobs. 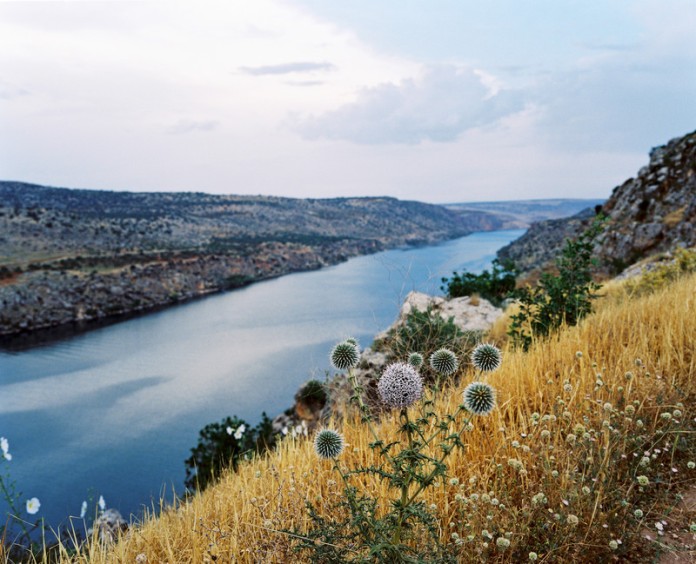 /View on the reservoir lake of the Birecik Dam on the Euphrates river. As part of the Southeastern Anatolia Project, aka GAP, several dams were constructed in the area and surrounding regions as part of a larger agricultural and economic initiative by the Turkish Government/

The construction of the dam is continued in a violent and unsecure environment. Early in 2015, the PKK guerilla (the workers’ party of Kurdistan) destroyed machines and a pipe from the construction site.

The governmental response was an increase of the militarization of the site, adding 600 soldiers to the 1,000 soldiers already located at the site.

/Local tourists visiting the village of Halfeti partly flooded by the reservoir lake of the Birecik Dam on the Euphrates river.The dam was built on top of the ruins of the ancient city of Zeugma. The inhabitants of Halfeti and Savaçan were displaced to the city of Karaotlak (also called New Halfeti) built by the Housing Development Administration of Turkey/

The intensified opposition to the project by the local population forced the companies to hire non-local workers. On 20th of October last year, a Global Hasankeyf Action Day against the Ilisu Dam was held.

It was also the a beginning of a new campaign that aims to declare Hasankeyf a UNESCO world heritage site, together with the Iraqi marshes.

Yet the construction of the dam is about to be completed. Civil society and activists worries are very high regarding the threats on peace the dam is going to represent.

Once effective, it will be forcing thousands of Kurdistan villagers to move to the cities while there is a high risk it will provoke water shortages for irrigation in the Iraqi valleys. 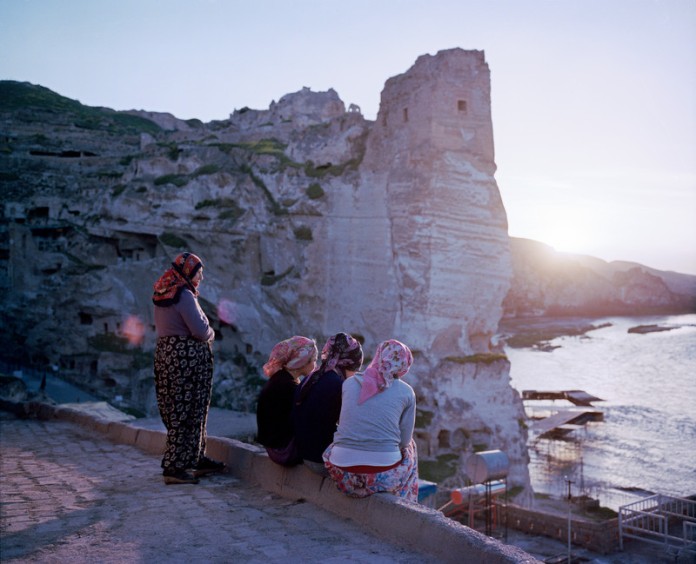 The result may be a vicious circle where water shortages exacerbate the conflict, in turn blunting resource management.

Conflicts over water have long haunted the Middle East. Yet in the current fighting in Iraq and Syria, the major dams on the Tigris and Euphrates rivers are seen not just as strategic targets but also as powerful weapons of war.

For more on Mathias Depardon and his photography, visit his official website. To read more about Gold Rivers project, visit The Story Institute. To find out more about Ilisu Dam and the current state of it, visit EJ Atlas.