Assia Djebar was the pen name of Fatima-Zohra Imalayen, an Algerian novelist, poet, translator and filmmaker. She died a month ago, at the age of seventy-eight. 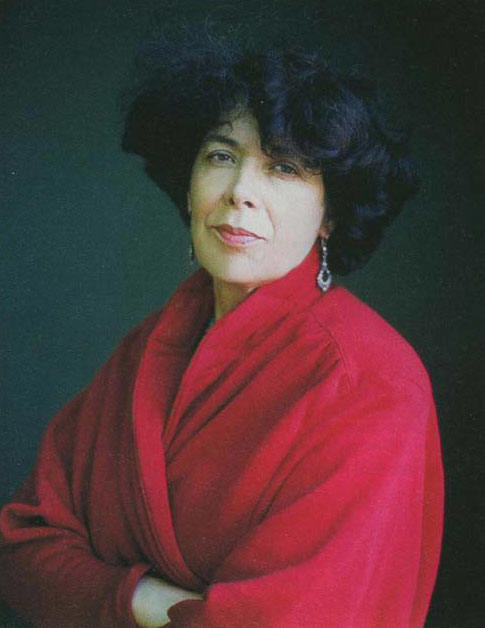 Djebar is considered to be one of North Africa’s pre-eminent and most influential writers. She was elected to the Académie Française in 2005, the first writer from the Maghreb to achieve such recognition. Djebar moved to France to study when she was eighteen. She became the first Algerian woman to be admitted to the country’s top literary university, the Ecole Normale Superieure. Her first book was published in 1957, when she was just twenty-one.

Djebar was often criticized for writing in French, the language of the colonizers, particularly after the independence of Algeria. Still, there are those who feel that was a form of testimony that cannot be ignored, a form of writing that cannot be bypassed with explanations like ‘we don’t understand it‘ or ‘it’s not available’. It was out there, available for colonizers to read. And the fact stays – French was Djebar’s language more than Arabic was, she felt comfortable expressing herself in French.

So yes, she did write in French, but in her works she pays respect to her Berber roots and writes about her homeland writhed in pain. Djebar’s political stance is anti-patriarchal as much as it is anti-colonial; she wrote extensively about the issues women face in Algeria (and outside Algeria), and it made her an ideal poster face for the Western feminists. But Djebar didn’t always play by their rules, and she tried to dig deeper in her criticism. By deeper I mean to talk about more than looks, to talk about more than burkas -which is usually the longest range of Western feminism in relation to the women’s issues in North Africa and the Middle East – like Arundhati Roy writes; “The battles, as usual, have been played out on women’s bodies, extruding Botox at one end and burkas at the other. (And then there are those who suffer the double whammy, Botox and the burka.)”

I believe Djebar managed to offer more than those botox-burkas debates. She did not perceive the oppression of women as inherent to the Muslim faith but rather as a social distortion of power, and she tried to illustrate that in her writings. She exposed the hypocrisy of the patriarchal elite and the brutality of colonialism, bound together in vicious circles.

The theme present in most of her novels is memory. As she writes in Fantasia:

“Memory purges and purifies the sounds of childhood; we are cocooned by childhood until the discovery of sensuality, which washes over us and gradually bedazzles us … Voiceless, cut off from my mother’s words by some trick of memory, I managed to pass through the dark waters of the corridor, miraculously inviolate, not even guessing at the enclosing walls. The shock of the first words blurted out: the truth emerging from a break in my stammering voice. From what nocturnal reef of pleasure did I manage to wrest this truth?

I blew the space within me to pieces, a space filled with desperate voiceless cries, frozen long ago in a prehistory of love. Once I had discovered the meaning of the words – those same words that are revealed to the unveiled body – I cut myself adrift. I set off at dawn, with my little girl’s hand in mine.”

“Because a sudden fear seized me of seeing this shard of life, this moment of real life – with its grace, or the hollow of despair in an anonymous story, yes, sometimes fear grips me that these fragile moments of life will fade away. It seems that I write against erasure. Most often, in this flow of a past life, of desperate or brilliant experience, illuminating, a spark, shy at first, then hardened obstinacy makes me say: ‘this must be fixed, this should not plunge into the night, into oblivion or colorless indifference!’”

She will be remembered.

Remembering Howard Zinn: To Be Hopeful in Bad Times

Remembering Nadia Anjuman: One Day, My Hands Will Become Weavers

Remembering Meena Kamal: Hope is The Thing With Feathers