I often search for books on Iraq written by reporters who’ve spent a lot of months and years writing, understanding, witnessing – trying to come as close as possible to the truth of it all. Anthony Shadid was one of those reporters.

Shadid was a Lebanese-American writer, a foreign correspondent for The New York Times based in Baghdad and Beirut. He died three years ago, from an acute asthma attack while attempting to leave Syria.

I finally read his book Night Draws Near: Iraq’s people in the Shadow of America’s War. The book was published almost ten years ago, and it might seem I am really late for reading this. The sad truth is that Iraq today is not much different from the one Shadid describes in the book – in it, the night draws near fast and everything is ghamidha, ambigious.

Shadid writes: “Baghdad is a city of lives interrupted, its history a story of loss, waiting, and resilience. In the days before the American invasion in March 2003, the capital scarred by war after war felt torn, aggrieved, and filled with longing for the greatness it once possessed and has never forgotten.” 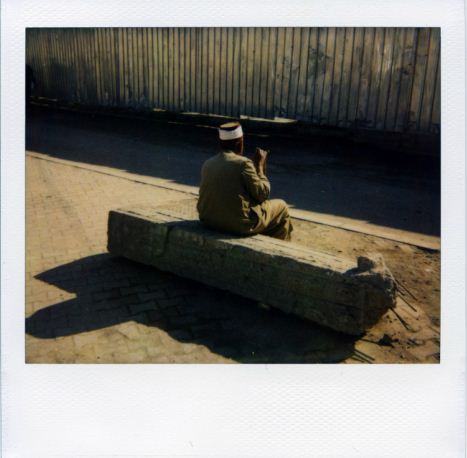 He is great at observing how the greatness Baghdad once possessed plays a formative role in Iraqi culture of memory:

“Rome can still see its past, the magnificence of its ancient empire gracing the modern cityscape. Paris and London, storied cities reinventing themselves as they age across centuries, live in their histories, which surround them. Baghdad, its ancient grandeur utterly destroyed, cannot see its past, its glory. It can only remember. Baghdad’s is a culture of memory, the city that draws strength and pride from the myths to which it continually returns. But the curse of recalling is the reminder of what has been lost.”

This book is a rare accomplishment because its focus is almost entirely on Iraqi people and the way this long war cripples their lives. Unlike many reporters, Shadid doesn’t forget that and doesn’t end up writing a book about himself (which is what many journalists do). He went independently through Iraq, detached from US forces, and on daily basis he asked the Iraqi people how they feel about the state of affairs in their country.

The dichotomy of the war (Washington vs. Baghdad, media vs. reality) becomes very obvious in this book. The war that is at the same time proclaimed a liberation and an occupation, is after all and before all – a war. Shadid notes all the little frustrations of the people – who cannot understand the efficiency of a superpower (US) that can take out their leader in couple of weeks, but is so inefficient in keeping the electricity running.

Throughout the book, we meet Iraqi people, different people with different backgrounds (social status, education, religion), and see how all their lives became similiar – reduced to war. We meet, for example, fourteen-year-old girl, Amal, who kept a diary starting around the beginning of the war. We see how she changes with time, how war changes her.

Shadid alo explains how fundamentalist used the growing hatred of America and found a way to appeal to young people – mostly desperate, without work and sense of purpose (and future) in life. At the same time when I read this book, I was also reading The Sirens of Baghdad by Yasmina Khadra, and it is just incredible how similiar these books are in their atmosphere – although Khadra’s book is a work of fiction.

Through its storied history, Baghdad has had many names. Its medieval Abassid rulers knew it as Medinat al-Salam, the City of Peace. I hope it returns to that.

The Hakawati by Rabih Alameddine

Anti-Arab Racism in the USA

A Tale of Love and Darkness

Afghanistan, Were God Only Comes to Weep