Fazal Sheikh is an artist who uses photographs to document people living in displaced and marginalized communities around the world. His principle medium is the portrait, although his work also encompasses personal narratives, found photographs, archival material, sound, and his own written texts.

Independence | Nakba, is his third project in The Erasure Trilogy. It consists of a series of 65 diptychs – one diptych for each year between 1948 and 2013 – that places together portraits of persons from both sides of the Israeli -Palestinian conflict, and of gradually increasing age. 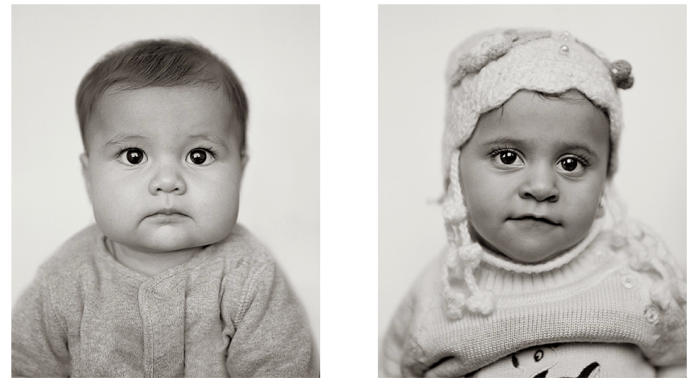 These double portraits ask us to think not only about the relations that existed between Israelis and Palestinians before the war—each portrait presents someone who either lived in Palestine before the founding of the Israeli State or someone whose ancestors did—but also about the impossible politics of separation that, still today, maintains a distinction between Israeli liberation and Palestinian catastrophe. 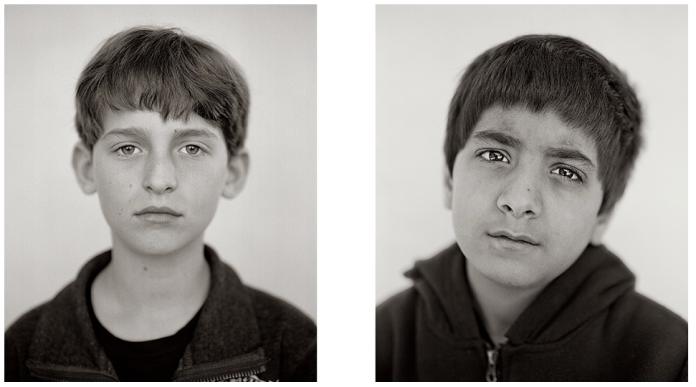 Staging a relation across a line of division, the portraits invite us to register the enduring bonds that tie the past, the present, and the future together: a past that preceded the division between Independence and the Nakba, a present that still remains haunted and defined by this division, and a possible future that, taking its point of departure from these bonds, could enable a different and more forgiving tomorrow.

The Erasure Trilogy explores the anguish caused by the loss of memory—by forgetting, amnesia or suppression – and the resulting human desire to preserve memory, all seen through the prism of the Israeli-Palestinian conflict.

What makes me happy is that The Erasure Trilogy, although it tells a story of physical erasure, also shows that you cannot erase (all) memories, even if you take the places aways from people, even if their reality mainly remains wrapped in silence – somebody will remember, somebody will preserve and somebody will have the desire and power to tell the story.

There is no complete, all-inclusive and definite erasure. Whether it is for better or worse, we are carrying a whole world within us. That’s what resistant. That’s where resilience comes from. It can be our deepest wound and a source of greatest joy and bravery. Through his work, Sheikh opens the window into these worlds, one person at a time.