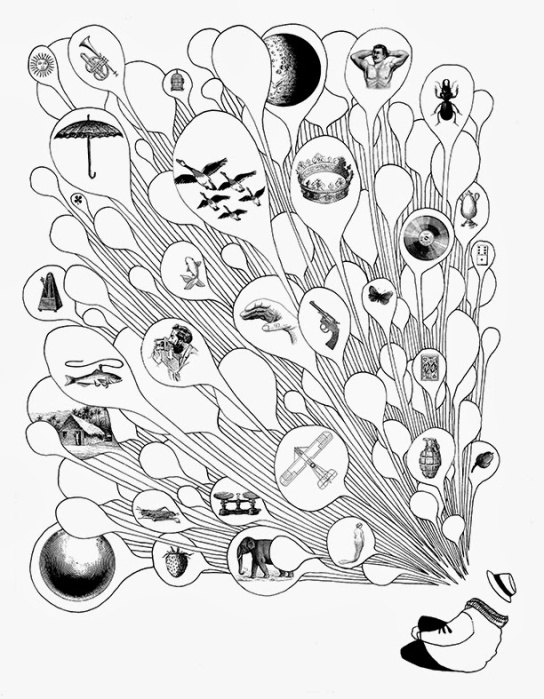 /illustration by Ayloul, for the article ‘The Hakawati, a story in pieces‘, The Outpost magazine/

“A hakawati is a teller of tales, myths, and fables. A storyteller, and entertainer. A troubadour of sorts, someone who earns his keep by beguiling an audience with yarns. Like the word ‘hekayah’ story, fable, news, hakawati is derived from the Lebanese word ‘haki’, which means talk or conversation. This suggests that in Lebanese the mere act of talking is storytelling.”

Lebanese writer Rabih Alameddine has had a good number of notable works by now, but this is his first book I (finally) managed to read. The rain was pouring most of the days last week, so I sat on my little balcony, letting myself go where Alameddine takes me. It was a good journey – I was bewitched and wanted more with every page.

In its essence, The Hakawati is an hommage to all the great storytellers of the Arab world and the art of storytelling itself. It is a story about the magic of stories and it was done so well it became magic in itself. And really – where would we be, what would we know, how would we feel – without stories? There’s no life, no memories, no history without stories. Like Alameddine writes:

“What happens is of little significance compared with the stories we tell ourselves about what happens. Events matter little, only stories of events affect us.” 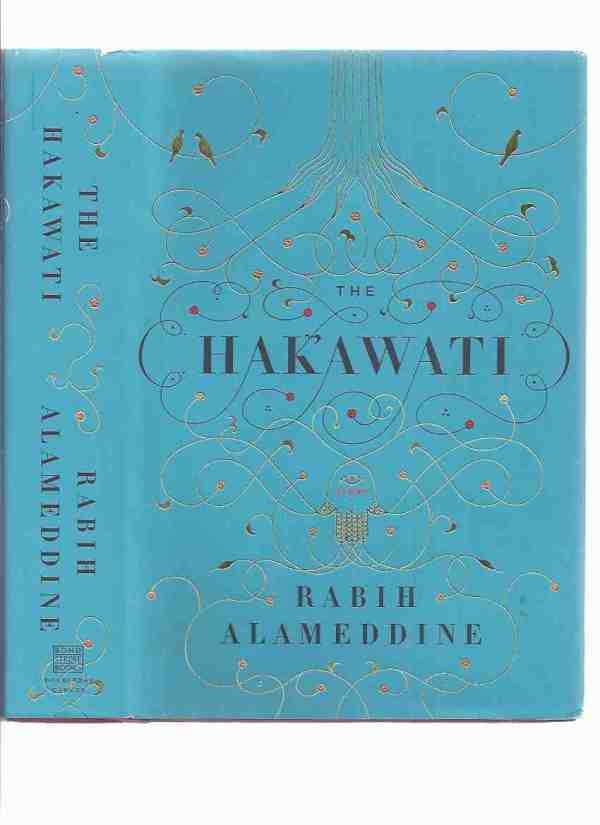 /The Hakawati, photo via Leonard Shoup/

The Hakawati is a mixture of stories that unravel throughout the book –  it is a historical novel and a family saga, and an impressive short story collection told at the same time. It takes its inspiration from everywhere – old Arab folktales, the Bible, the Qur’an, modern Lebanese storytellers, etc.

Music also pulls its strings here – particularly the oud, an instrument that was so important for Osama (the main character). And there’s more than one reference to the great Umm Kalthoum and the notion of tarab – known in Arab music as a musical ecstasy, the merger between music and emotional transformation.

The book is also a sort of a love letter to Beirut and Lebanon. Which doesn’t mean their relationship is perfect – like all great lovers, they went through a lot of turmoil. Osama returns to Beirut after many years in America to stand vigil at his father’s deathbed. The Beirut he finds is a shell of the Beirut he remembers, but he and his friends and family take solace in the things that have always sustained them: gossip, laughter, and – stories. Alameddine writes:

“Like all cities, Beirut has many layers, and I had been familiar with one or two. What I was introduced to that day with Ali and Kamal was the Beirut of its people. You take different groups, put them on top of each other, simmer for a thousand years, keep adding more and more strange tribes, simmer for another few thousand years, salt and pepper with religion, and what you get is a delightful mess of a stew that still tastes delectable and exotic, no matter how many times you partake of it.”

You’ll come to know the diversity of Beirut through this book – there’s Elie, the neighbourhood bully and a militia leader, Osama and his half-Druze family (his mother is Christian and his sister Lina too), Jewish childhood friend Fatima, and a lot of other striking characters.

They are all lost – being the young generation during the Lebanese civil war – like their lives have been on hold for too long and now it’s hard to press the play button again. But if there ever was and is comfort, it is found in stories. Osama digs through the stories of where he came from – at times it is to know that he was and is at all, and at times it is to know where he can go or that he can go (on) at all.

And that is the beauty of stories – no matter how lost you are, you can always find your place and your people there. It is the eternal shelter –  you can just sit there and wait till the storm passes.

Anti-Arab Racism in the USA

A Tale of Love and Darkness

Afghanistan, Were God Only Comes to Weep

Sea of Poppies by Amitav Ghosh