Pakistan took the headlines this week (again). Taliban’s attack at a school in the northwestern city of Peshawar killed at least 145 people, including 132 children, and it’s Taliban’s deadliest attack to date. The Taliban said they targeted the children of military families in retaliation for Pakistan’s anti-Taliban campaign in North Waziristan.

The analysis of the event flooded the media. However, there are two I think need special attention beacuse they’re on point and try to explain the whole truth, going beyond shock and wailing commentaries. The first one is an interview Democracy Now did with Tariq Ali this week, and the second is Robert Fisk’s latest piece for The Independent.

In the interview, Tariq Ali says:

“Two things need to be said about this straightaway. This has very little to do with religion. What we are witnessing in Pakistan now is a form of a power struggle going on between militants aligned with the umbrella of pro-Taliban groups known as the Pakistani Taliban Movement, which isn’t a single movement, a struggle between them and the Pakistani—or segments of the Pakistani state to determine who controls the country. And the fact that over the last decade or so the authorities of the state—the military and the political parties, especially those parties sympathetic to the Taliban—have been incapable of or have refused to do anything about it, we now see the results and the impact of that. And that’s the first point.

The second is that we shouldn’t forget for a moment that one reason these Taliban groups have not been dealt with is because sections of the state still feel—even after this atrocity, by the way—that they can’t completely get rid of them because they are linked to the fight in Afghanistan, and the notion of the Pakistani military high commanders being that we need Afghanistan to give ourselves strategic depth—always a nonsensical notion, but it’s now exacting a very heavy price in Pakistan itself. And at the time when the United States went into Afghanistan, I remember writing in The Guardian that one consequence of this massive presence of Western military troops is going to be the destabilization and the advancement of terror inside Pakistan itself.

So, it’s a horrific attack. It can’t be justified. What the Taliban are saying is, of course, true, that they are bombed, that their kids die, and no one says a word. That’s absolutely true. But you cannot justify one crime by committing another.” 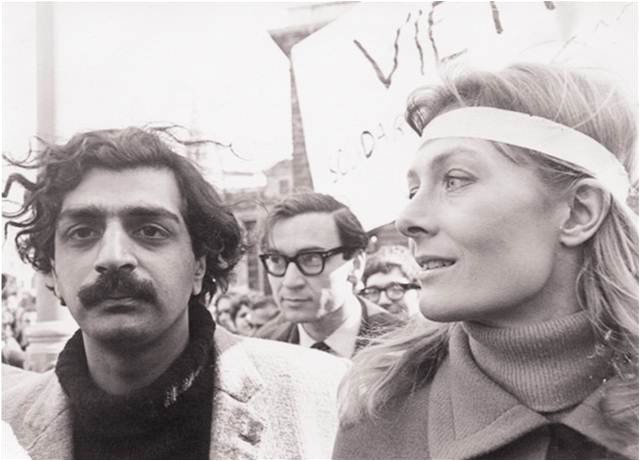 Robert Fisk writes for The Independent:

“It was a massacre of the innocents. Every report must admit this – because it’s true. But it is not the whole truth.

The historical and all-too-real connections between the Pakistan army, the Inter-Services Intelligence (ISI) security police and the Taliban itself – buoyed by the corruption and self-regard of the political elite of the country – may well explain just how cruel this conflict in the corner of the old British Empire has become. And the more ferocious the battle between the military and the Islamists becomes in Waziristan, the more brutal the response of the Islamists.

Thus when stories spread of Pakistani military barbarity in the campaign against the Taliban in Pakistan – reports which included the execution of Taliban prisoners in Waziristan, whose bodies were left to lie upon the roads to be eaten by animals – the more certain became the revenge of the Taliban. The children of the military officers, educated at the army school just down the road from the famous Edwardes College in Peshawar – were the softest and most obvious of targets. For many years, the ISI and the Pakistani army helped to fund and arm the mujahedin and then the Taliban in Afghanistan. Only a few months ago, the Pakistani press was reporting that the Saudis were buying weapons from the Pakistani army to send to their rebel friends in Syria. Pakistan has been the tube through which America and its Arab allies supplied the anti-Russian fighters in Afghanistan, a transit route which continued to support the Taliban even after America decided that its erstwhile allies in that country had become super-terrorists hiding Osama bin Laden. Turkey is today playing much the same role in Syria.

For years, the Pakistani authorities have insisted that the old loyalties of individual military and security police officers to the Taliban have been broken – and that the Pakistani military forces are now fully dedicated to what the Americans used to call the ‘war on terror’. But across the Pakistan-Afghan border, huge resentment has been created by the slaughter of civilians in US drone attacks, aimed – but not necessarily successfully targeted – at the Taliban leadership. The fact that Imran Khan could be so successful politically on an anti-drone platform shows just how angry the people of the borderlands have become. Pakistani military offensives against the Taliban are now seen by the victims as part of America’s war against Muslims.

But if the Pakistan security forces regard the Taliban as their principal enemy, they also wish to blunt any attempt by India to destroy Pakistan’s influence in Afghanistan; hence the repeated claims by the Afghan authorities – if such a term can be used about the corrupted institutions of Afghanistan – that Pakistan is assisting the Taliban in its struggle against the pro-American regime in Kabul. The army hates the Taliban – but also needs it: this is the terrifying equation which now decides the future of Pakistan.”

Read the full article by Robert Fisk on The Independent, and watch the Tariq Ali interview on Democracy Now.

One thought on “Massacre In Peshawar: “It’s True, But It’s Not The Whole Truth.””