May Ziadeh (Marie Elias Ziadeh, born in Nazareth, Palestine in 1886, died in Cairo in 1941) was one of the key figures of the Nahda in the early 20th-century Arab literary scene, and is known for being one of the early Palestinian feminists. Ziadeh was born in Palestine to a Lebanese father and a Palestinian mother, and moved to Egypt where she wrote for Arab newspapers and periodicals.

Her poetry and essays were pioneering, she wrote numerous articles and editorials and was noticed for her translation efforts and intiatives concerning English, German, and French novels of the peirod. Shortly after the Russian Revolution, she raised the issue of socialism and other political ideologies of the day in a series of articles.

In 1921, she convened a conference under the heading “The goal of life”, where she called upon Arab women to aspire toward freedom, and to be open to the Occident without forgetting their Oriental identity. Ziadeh also wrote sensitive biographical studies of three pioneer women writers and poets, Warda al-Yaziji, A’isha Taymur, and Bahithat al-Badiya.

She was perhaps best-known for hosting a Tuesday salon, which remained active for approximately 20 years (1911-1931), during which time May’s house, where it was held, was the pole to which the greatest writers and intellectuals of the age were drawn.

Antje Ziegler writes in her essay May Ziadeh Rediscovered:

„ If May’s, in comparison to other women of her time, nearly unprecedented literary, journalistic and rhetorical efforts to find public recognition, can be seen as a steady search for social integration, the founding of her salon appears to be the logical culmination of these efforts.  Open to men and women of varied religious, national and social background, this salon contrasts with the other famous Egyptian salon of the period, the politically influenced salon of Princess Nazli Abu Fadil, exclusively visited by men.

May Ziadeh was a prominent, but moderate representative of this ‘age of enlightenment’, who did not equate modernity with the denial of cultural heritage in blind imitation of the West.  Strongly dependent on integration herself, she advocated the reconciliation of conflicting views all her life.“ 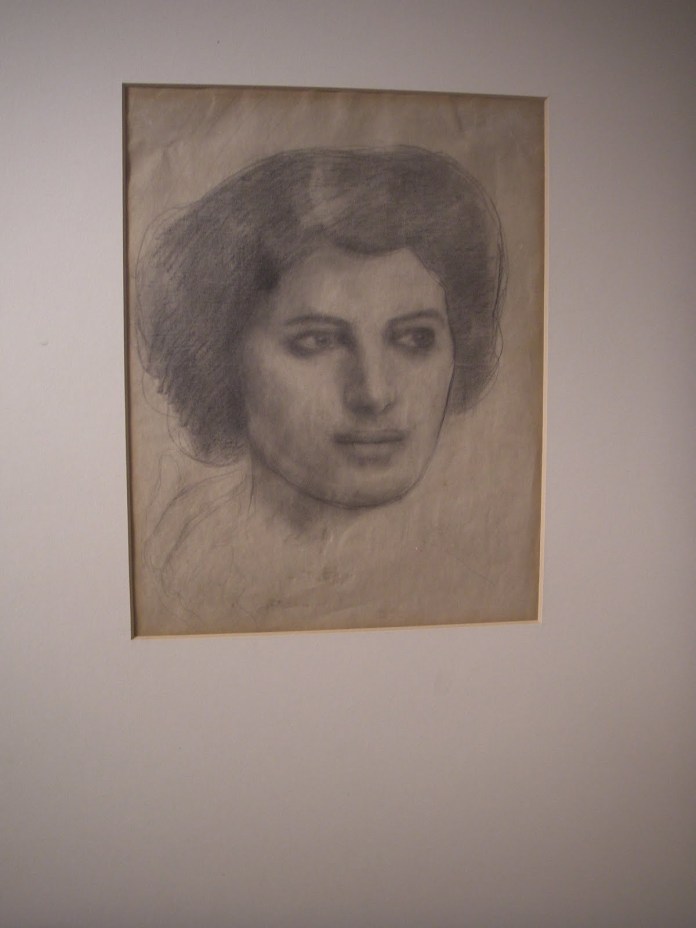 Very well known but still mysterious in its nature is her correspondence with Khalil Gibran (who lived in New York), which extended over two decades, though the two never met. Ziadeh became one of the most prolific writers of the new genre of ‘shi’r manthur’, prose poetry or poetic prose.  Her reputation as a critic also grew first of all in connection with Khalil Gibran, whose works she helped make famous in the Arab world with her articles.

Ziadeh never married. At the end of 1920s, she suffered a series of personal losses, beginning with the death of her parents, her friends, and Khalil Gibran. She fell into a deep depression and returned to Lebanon where her relatives placed her in a psychiatric hospital to gain control over her estate. She eventually recovered and returned to Cairo where she died. She left more than 15 books of poetry, literature and translations. I believe none of her works are available in English, unfortunately.

“Where is my letter, May? Why have you not sent it to me? I am eager to receive it, and I want all of it, every little bit of it. Do you know how much I desire to receive that letter after having read a brief snatch of it—a divine fragment which arrived to announce the dawning of a new day?”