Alex Potter is a photographer from the Midwest living in the Middle East. She began her career in Minnesota, and is currently based in Yemen. After growing restless with her nursing job, she picked up to document post-revolution Yemen.

One of her projects, Waiting for Guantanamo, first caught my attention.

On January 11, 2002, the first detainees were brought to Guantanamo Bay Prison.

In eleven years since Guantanamo opened, the prison and detention camp has risen in infamy as a fighting point between politicians and an obvious human rights violation to the general public. Seven hundred and seventy-nine prisoners have passed through its doors in Guantanamo’s eleven year history; 572 have thus far been released.

However, out of all the prisoners released, the most overlooked have been the Yemenis. Of the 164 men remaining in Guantanamo, 88 are Yemenis. Thirty-six have been cleared for release by President Obamas Guantanamo Task Force and many by the Bush administration as far back as 2004. Dozens more are waiting in “conditional detention” limbo.
Though closure of the prison may be on the horizon, no one is looking forward to it more than the families of the Yemenis themselves. Mothers and fathers have little to no communications with their sons, who have transformed from teenagers to men who could have families of their own.

Besides the occasional monitored phone call or edited letter, most families have no communication with their sons, much less authorities, the government, or an advocate.
While Washington drags it’s feet, families are waiting. Not to see a smaller number on the list of Guantanamo prisoners, but to see their sons to return home once again. These are their stories.

Auwda, daughter of Abdurahman al Shubati. Only twelve years old and born during his detention in Guantanamo, her name in Arabic means “come back.” Sana’a, Yemen

A Guantanamo-issued photo of Suleiman Othman Bin Al Nahdi, held in the hands of his sister. Mukalla, Yemen 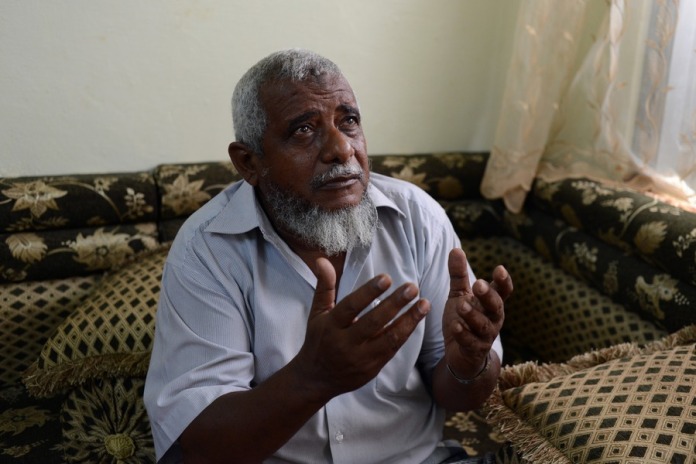 A letter from Fahmi Salem Said al Asani to his family. The letter was sent from Guantanamo on 9 August, 2011, and brought to the family by the ICRC. The letter reads ” In the name of God, the most compassionate, the most merciful. To my father, my mother, and my loved ones. Peace be upon you, and God’s mercy and blessings. Blessed Ramadan and happy Eid. Best wishes for each new year. May God accept from me and you our prayer and work. From you son who misses his mother. Mukalla, Yemen

Father of Samir Naji Hassan Muqbil. Samir has been held in Guantanamo since 2002 without a trial. He is still held in conditional detention, meaning he is cleared for release as long as the situation in Yemen is considered stable. Taiz, Yemen

A photo of Samir Naji Hassan Muqbil before his detention in Guantanamo, held in the hands of his mother. Taiz, Yemen 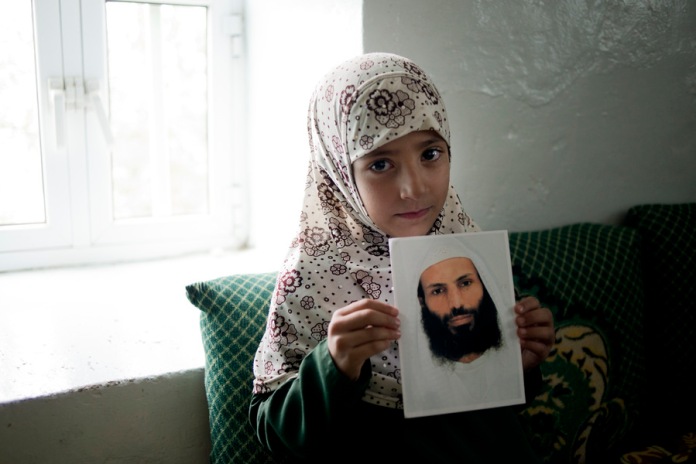 For more on Potter and her work, visit her official website.

One thought on “Waiting for Guantanamo (Yemen).”