In 1960 Marc Garanger was stationed against his will in Algeria, and managed to avoid combat by becoming a photographer in the French army.His job was to produce images for new mandatory ID cards, and villagers were forced to sit for him. As a part of its unsuccessful effort to block the Algerian push for independence, the French government introduced identity cards as a security measure – all Algerians had to carry an ID card. However the portraits Garanger produced in his series Women Unveiled were unlike most portraits. The women did not wish to be photographed, and were also forcibly unveiled. They were forced to pose before a photographer who was a serving French soldier and who was accompanied by other French troops.

“I would come within three feet of them,” Garanger remembers. “They would be unveiled. In a period of ten days, I made two thousand portraits, two hundred a day. The women had no choice in the matter. Their only way of protesting was through their look.”

Decades later, Omar D.  responded to Garanger’s series, with his own vision of a country with a rich, yet unknown cultural heritage, by showing the veiled women of Algeria, in the majesty in their traditional costumes. With Potraits de Femmes series, he tries to restore the dignity and respect such women were denied within Garanger’s photos.

Here are some of his photos. Take a look at these beautiful, beautiful ladies. 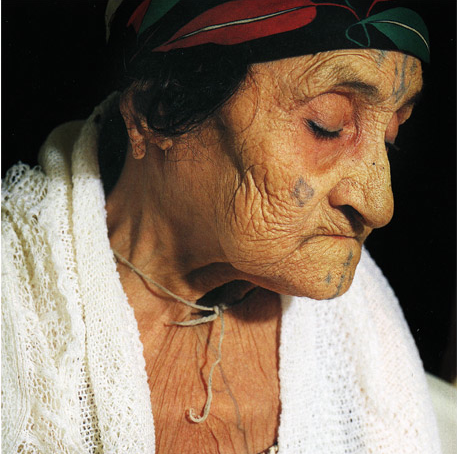