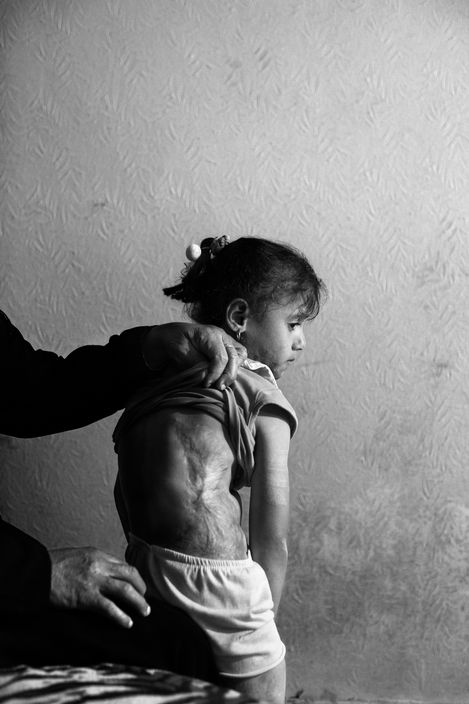 On January 4th 2009, during the Israeli ground invasion, there was a massive shelling and bombing throughout Gaza. The family, 16 members, was hiding in their home when it was hit and fire exploded everywhere. The explosion killed 12 members of the family included 5 kids, some of them were burned to death in front of Sabah, she said. While the wounded members of the family were taken to the hospital on a tractor, the Israeli soldiers stopped them on the way and shot them, killing three of them.
Farah, now 6 yrs old, suffered from burns all over her body and she was treated in California for 1 year. Ghada, Farah’s mother,
died 6 month later in an Egyptian hospital. Now Farah’s grandmother, Sabah, takes care of her. Also Sabah was severely injured,
she lost her husband and also one of her daughters died in her arms while she was breast-feeding.

For more of Pellegrin’s photography, go to his Magnum profile.