Laura El-Tantawy is an Egyptian photographer. She was born in Worcestershire, England to Egyptian parents and grew up between Saudi Arabia, Egypt & the US. She’s been a freelancer since 2006,  and has decided so in order to focus on pursuing personal projects.

Her photos  Land of my Grandfather from the series: I’ll Die for You: Exploring the intimate bond between man & land, captured my attention so I felt the need to post about it and spread the word.

My paternal grandfather, Hussein, used to own a large plot of land not too far from here. My father tells me stories about him – so many and always rich in detail that they have instilled in me an obsessive desire to want to know this man whom I never met. I feel that I see fragments of him in the farmers I photograph here. The small village of Meit El-Kholy Abduallah, probably unknown to many in Egypt, is where my grandfather spent his entire life digging, sweating, grazing, planting, nurturing and watering to make a living for his family, but also provide for a nation. Egypt has a strong farming tradition. All the way from the time of the Pharaohs to modern day, the River Nile has been the country’s pulsing vein – a farmer’s lifeblood – pumping vitality into every corner, especially communities directly along the water, such as Meit El-Kholy Abduallah.

I recently walked the same soil my grandfather Hussein’s feet once touched and even met people he once knew. My work in this small village in the Nile Delta is something I feel that I owe to his legacy. During President Gamal Abdel Nasser’s time, his land was split apart and divided amongst other farmers. He was left with a significantly small plot of land to support his family. The land acquisition was part of a government agricultural scheme to support poor farmers. It helped some and hurt others. In the case of my grandfather, the downgrade left him struggling to make ends meet – in fact, it killed him. Today his once substantial plot of farmland has been reduced to something minuscule. The land is suffocated by towering buildings – thick layers of faded red brick on top of depressing grey cement are dotted with tiny patches of green, a slight hint of life screaming for survival between the little cracks of these man made structures. The farmland is disappearing and so are people like Hussein – my grandfather. 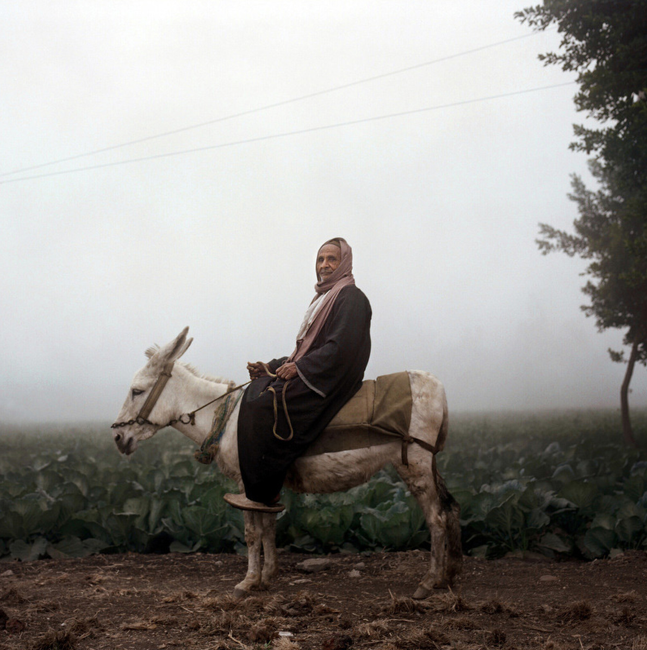 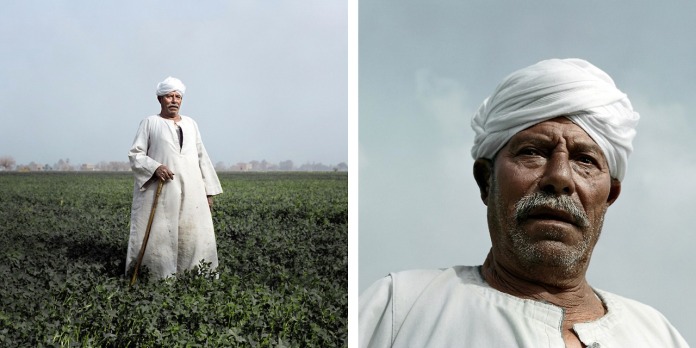 For more of Laura’s work, go to her official website.