Now, this man I am about to introduce has some amazing work, waiting for the world to notice it properly. We’ve entered the fourth year of the war in Syria recently, and this is one way of marking that disheartening fact.

Syrian artist Tammam Azzam experiments in the application of various media. For Azzam, such methodology facilitates the creation of an artwork as a “hybrid form”, one that is capable of borrowing and multiplying as it evolves. Born in Damascus in 1980, he has recently relocated and lives in Dubai.

His recent works employ digital media and street art references to examine the ongoing political and social upheaval in Syria and the cycles of violence and destruction tearing his country apart. Azzam cleverly reconfigures iconic symbols into poignant reflections of the turmoil facing his countrymen and the neglect of the world to their plight.

The following is (some of) his work, from the series – Syrian Museum, Bon Voyage, and Syrian horoscope. 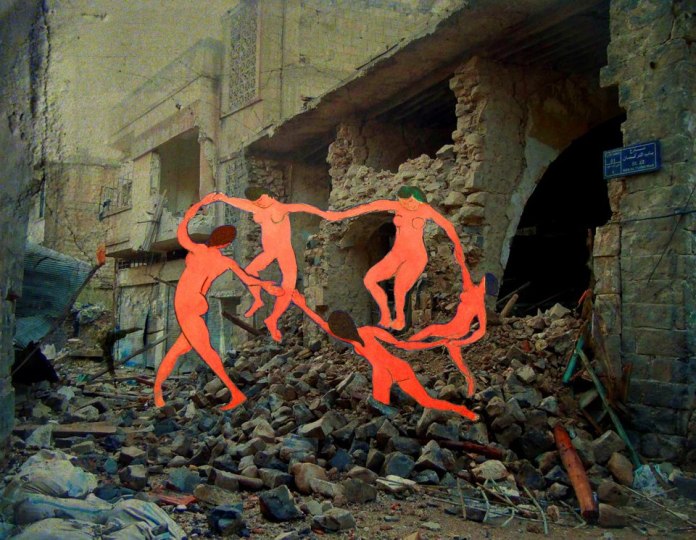 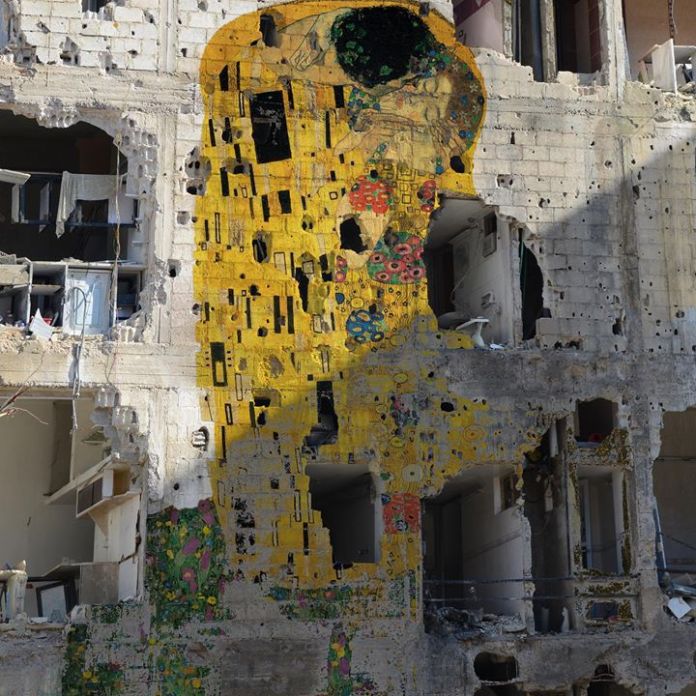 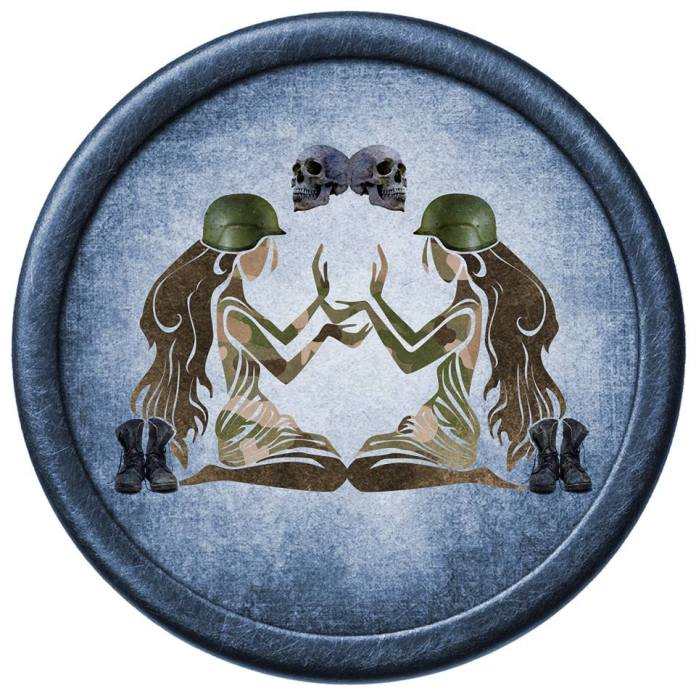